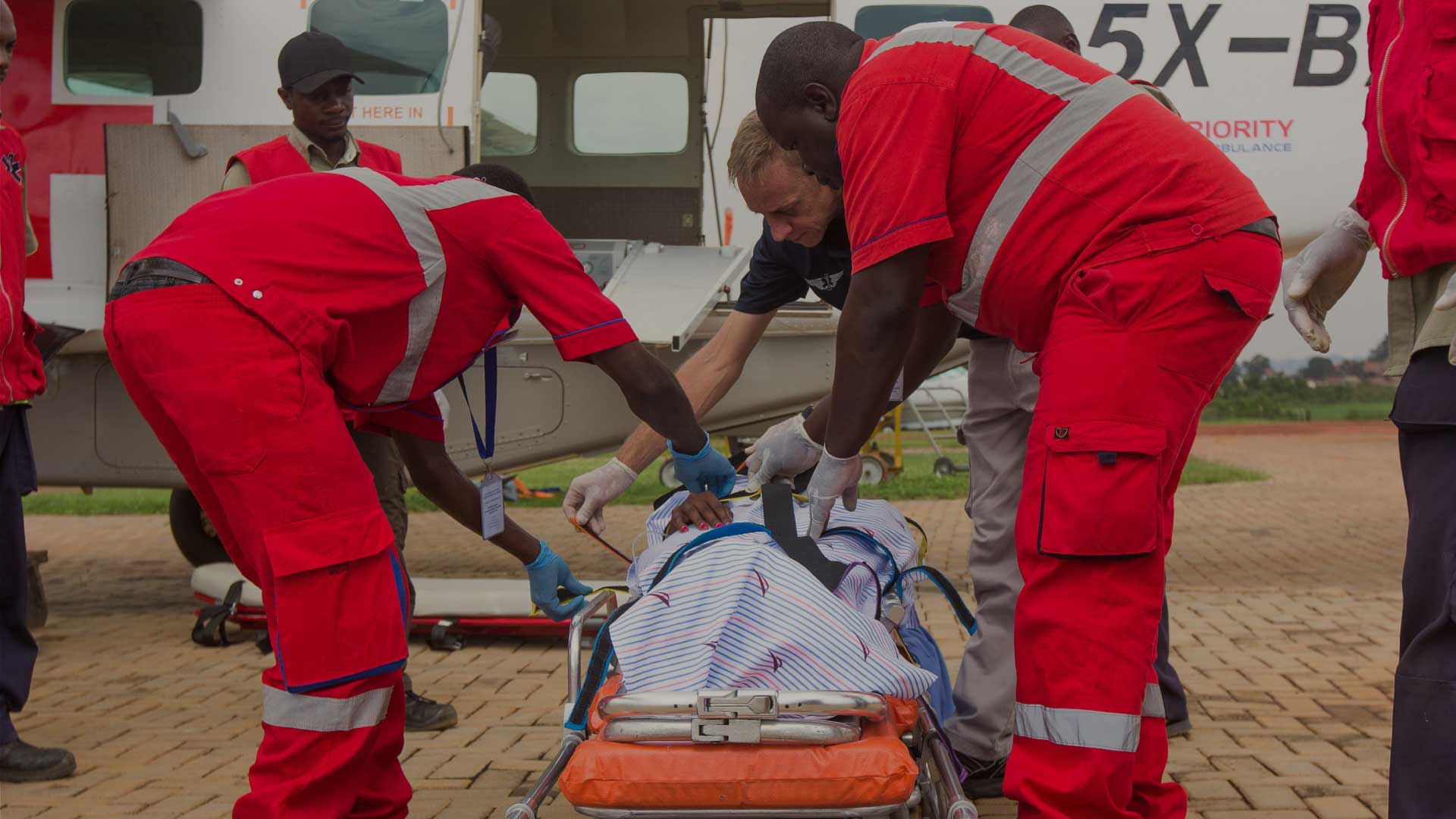 Our Affiliate company, Priority Air Ambulance unveiled their proposed new capabilities for an air ambulance service that is new to Uganda at the Emergency Care Conference that was held in Jinja, Uganda, during the weekend of 2-4 August 2019. The same helicopter, a Bell 412, that will be used as part of the fleet of 3 aircraft for air ambulance operations out of Kajansi, Uganda, was staged at this unique event in Jinja, with its pilot, team of ground support crew, technical crew and medical crew.  Alongside the Bell helicopter were 2 ground ambulances and their crew from City Ambulance, with which Priority Air Ambulance has an affiliation with for ground ambulance transport. The Emergency Care Conference was the first of its kind in Uganda, and together with the first-of-its-kind in air ambulance operations in Uganda, provided a real sensation to the passionate providers practising emergency care in countries around East Africa.

brings the hospital to the patient

when time is critical.

Priority Air Ambulance is presently in the process of registering as an NGO and teamed up with Kampala Executive Aviation who will provide the air assets and Air Operator Certificate for this type of operation. The air ambulance flight missions will have dedicated flight medical crew onboard every flight mission, together with state-of-the-art medical equipment in the patient compartment. Some of the equipment include defibrillator, ECG monitor, spinal immobilization equipment and advanced airway management equipment.  The event in Jinja proved to be a huge success in terms of raising awareness and the need for fast, reliable inter-facility medical transfers and primary medical response flights.